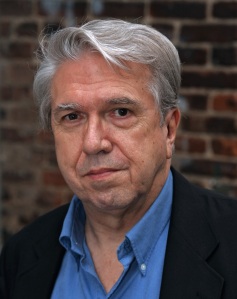 No Place to Pray
By James Carpenter

Southern Gothic Explores Destitute Characters, Dark Plot Turns, and Magical Realism
LIVES UNRAVEL AT THE SEAMS OF CLASS, RACE, AND RELIGION IN A PLACE WHERE NO ONE EVER QUITE TELLS THE TRUTH

How do the consequences of alcoholism impact our daily lives and those we love? It may be more than you think, as the National Institute on Alcohol Abuse and Alcoholism reported that, within the United States alone, 16.3 million adults ages 18 and older (6.8 percent of this age group) have an Alcohol Use Disorder. Nearly 88,000 of those individuals die from alcohol-related causes annually, making alcohol the fourth leading preventable cause of death in the country.

Alcoholism and its impact is one of the leading themes in the new Southern Gothic novel No Place to Pray by author James Carpenter. In this new spin on a beloved genre, the book takes readers on a harrowing journey with the “intensity of ten moral lifetimes” (Edie Meidav, author of Kingdom of the Young).

Two young men, one bi-racial and the other white, meet in an overnight lockup, thus beginning a shared twenty-year downward spiral into alcoholism and homelessness. LeRoy and Harmon work together, drink together, and brawl together. As Harmon suffers from his final illness, they both bed Edna, a wealthy widow who — out of pity, curiosity, and loneliness — takes them into her vacation home by the river.

Through episodes rendered from multiple shifting points of view, a series of flashbacks, and LeRoy’s adventure stories—this intelligent but uneducated man’s attempts at fantasy writing—the stories of these people and the tragedies that shaped their lives unfold. Their lives steadily unravel at the seams of race, class, and religion, where no one ever quite tells the truth.

A Southern Gothic steeped in traditional language and with emphasis on destitute, drunken characters, dark plot turns, and magical realism, No Place to Pray experiments with a new form of lyrical language that touches upon the author’s experience as a published poet. This is not the only aspect of the book that draws from Carpenter’s own varied life experiences.

“The book is obliquely autobiographical,” Carpenter reveals. “Fictionally, I am LeRoy James. He represents the binaries in my own life, where I have never quite resolved living in two worlds, my blue collar, hardscrabble origins, and eventually teaching in the Ivy League and all the disconnects intrinsic to that social distance.”

A sobering and insightful take on the Southern Gothic genre, topics and themes explored in No Place to Pray include:

• Social interactions are transactions whose currency varies depending on the nature of the interaction.
• How we as humans are spiritual beings who are ill-served by our religious institutions, leaving us with no real place to pray.
• Untreated alcoholism is always fatal, 100 percent of the time.
• We are prisoners of our pasts, yet there can be moments of clarity during which we can escape into a place of self-awareness.
• Social binaries and contrasts regarding race.

Born and raised in rural Mercer County, PA, James Carpenter made his way through college working various eclectic jobs and, after graduating, taught middle and high school English. He then retrained as a technologist, eventually developing the Erica T. Carter software system that composed the poetry anthologized in the Issue 1 dustup. Erica’s poetry has been published in several dozen literary journals and he’s presented Erica at international conferences, including at the University of Pennsylvania, Brown University, and the e-poetry 2007 conference in Paris.

Carpenter spent fourteen years as a member of the affiliated faculty of The Wharton School, where he lectured in computer programming, system design, and entrepreneurship before retiring to write fiction. Since then, his writing has appeared in numerous publications including The Chicago Tribune, Fiction International, Fifth Wednesday Journal, North Dakota Quarterly, and Ambit. His novel, No Place to Pray, is forthcoming from Twisted Road Publications in September.

No Place to Pray can be purchased on Twisted Road Publications, Amazon, and Barnes & Noble.

REVIEW COPIES OF NO PLACE TO PRAY AVAILABLE UPON REQUEST

So awesome, I shared it